January, the first month of the new year, was an intensive working month in school. First of all two new classrooms were constructed and 2. Saime moved in order to make space for the music museum. Moreover winter showed his most beautiful side. There was plenty of snow and it was a lot of fun to go crosscountry skiing in the garden or in Ogre’s „zilie kalni”. Apart from that school had his daily routine with some special events and projects: Klusuma pauze It is a special break in the pupil’s school life where they meditate and are quiet together. Especially during the cold winter months it is important to calm down. Klusuma Pauze is hold by two teachers called Inese and Ivo. It is not just about sitting together and being quiet, there are special activities with breathing, colours, music and sounds. Klusuma pauze started in January and will last until the end of February. Each class participates in it once a week. Ekskursija uz Rīgas Biržu (14. and 28. 01. 2016) 2. and 3. saime had an excursion to the art museum in Riga. The art museum shows an exhibition of Nikolajs Rērihs. This painter has Latvian roots and had a special passion for India, which is also shown in his pictures. We had a guided tour through the museum and afterwards children were asked to create paintings in a way Nikolajs Rērihs did. The results were worth seeing. Austrijas un Vācijas kultūras vakars (21.01.2016) The Volunteers Leon and Johanna organised an evening in Ikšķile where they talked about their home countries. There were a lot of interactive activities like quizes, „true or false”, some language tasks and other games. The volunteers made the evening in order to attract the interest of other countries in local community. Moreover they spoke about their winter traditions and after the official part there was the possibility to try typical Austrian and German food, enjoy time and talk with each other. The event took place in Ikšķiles jauniešu telpu. 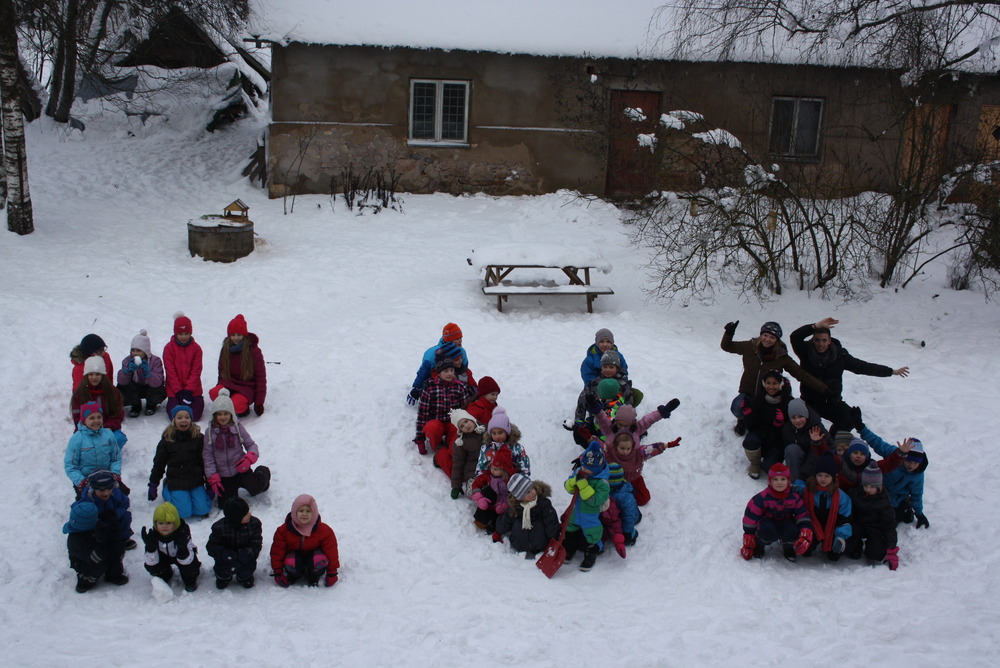